Carey Bell Harris was an American Blues harmonica musician who stuck to the classic Chicago Blues club style during his career. Carey Bell has a unique way of playing the harmonica that draws in and captivates his audience. Aside from his powerful lyrics and vocals, Bell plays the harmonica with loud, short, but bright spurts (1). His music is very upbeat, infectious, and earned him a very successful career as a harmonica musician.

During the early parts of his career, he played the harmonica and bass guitar for other artists and bands from the late 1950’s to early 1970’s where he got his start. It wasn’t until the ‘70’s that he broke off to do his own solo career, and soon became known by Blues Revue and by everyone to be “one of Chicago’s finest harpists”.

Growing up in Macon, Mississippi, Carey Bell was always attracted to the Blues music scene. Intrigued by saxophone player, Louis Jordan, he was first attracted to the saxophone as his preferred instrument in hopes that he could live up to be like his childhood hero. However, his family at the time was not in a position to buy their son a saxophone so they bought young Carey a harmonica instead, or what was referred to as the “Mississippi saxophone”.

Soon, Carey Bell began to shift his focus and look to other great harmonica players at the time. Big Walter Horton, Marion “Little Walter” Jacobs, Sonny Boy Williamson I, Sonny Boy Williamson II, were just a few of the greats that Carey Bell aspired to be. By the time he was only eight years old he had mastered the small instrument and propelled himself into a lifetime career. By the time he was thirteen, his godfather and legendary pianist, Lovie Lee, asked Bell to join his blues band.

In this early recorded audio video, we hear Lovie Lee singing and playing piano, with thirteen year old Carey Bell jamming on his harmonica in perfect harmony. The duo was definitely a head-turner and gave Carey Bell an early jump start on his career in music.

In September of 1956, Lovie Lee headed North to Chicago and convinced the young harmonica prodigy to tag along with him. Carey Bell left everything behind and followed his godfather to Chicago to pursue his dreams. When they got there, they went to the local Club Zanzibar where they met harmonica legend, Little Walter, one of the many harp musicians he looked up to as he was mastering the instrument at a young age. Walter took Bell under his wing and taught him a few tips and tricks about Blues music and playing the harmonica. From there, Big Walter Horton, his main teacher in Chicago, mentored the aspiring artists and helped push him in the direction of success.

It wasn’t until 1969 that his first record label with Delmark Records released his debut album, Carey Bell’s Blues Harp. This album set the tone for Carey Bell’s career and was a bold and brilliant move. 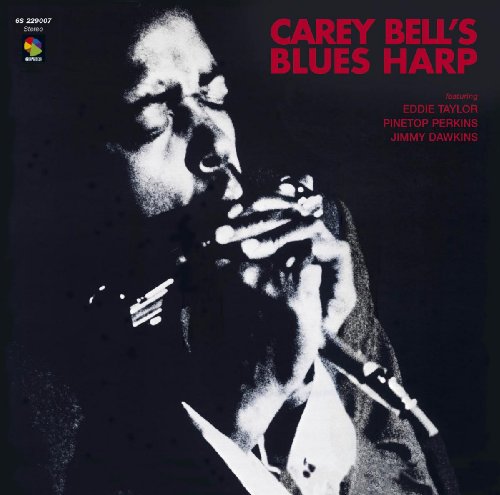 Of this album, some of his most notable songs are “Blue Monday At Kansas City Red’s”, “I’m Gonna Buy Me A Train Ticket”, and “Come On Over Here”. He even had four Little Walter covers and two from Muddy Water’s.

In this audio video from Bell’s first debut album, we hear a strong, bright harmonica playing. Unlike any other player before him, Bell was able to adopt this powerful style of harmonica playing unique from anyone else. His upbeat blues were fast-paced and fun to listen to. It is no wonder he was able to draw in so much attention so early into his career.

After that, Carey Bell teamed up with the great Blues musician Big Walter, and in 1972 they released Big Walter Horton and Carey Bell for Alligator Records. With the duo playing harmonicas side by side, they prove to be a powerful duo releasing many classics we have today. Of this album, some of their most notable songs together were “Have A Good Time”, “Christine”, and “Lovin’ My Baby”.

In this audio clip we hear Carey Bell jamming on the harmonica and Big Walter on the vocals. This incredible piece of music is what helped shape the Chicago blues scene and the incredible artists that were involved in it. Teaming up with some of the greatest Blues legends, Carey Bell had a unique advantage in the music industry.

Only a short year later, Bell released a solo project called Last Night with BluesWay Records and by 1995 released his first full solo album, Deep Down, with Alligator Records. He released a few more albums after that and was even nominated the Blues Music Award in 1998 for Traditional Male Artist of the Year. 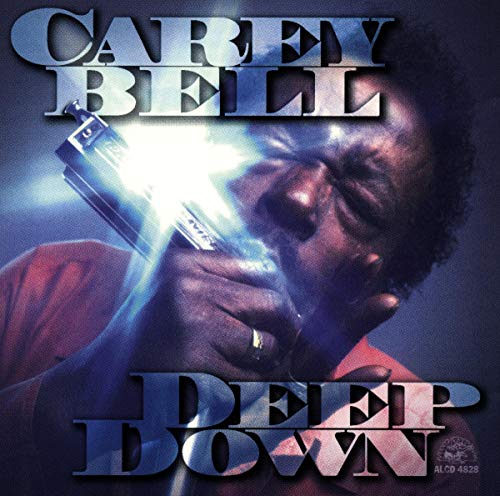 Carey Bell’s debut album Deep Down is available for purchase on Amazon through the link. This album includes all of Carey Bell’s original work, and his brilliant harmonica playing.

Carey Bell, famous for his unique style of playing, exclusively played the Hohner Super 64 chromatic harmonica. This beautiful harmonica is one of Hohner’s finest harmonicas they produce. This powerful little instrument is top shelf and aimed fow professional players and musicians. It is extremely durable, responsive, and the top choice for any experience harmonica player.

This harmonica is crafted with matte black stainless steel cover plates and gold plated mouthpiece with rounded holes for comfortable playing. Round holes like these prevent any damage to your lips or tongue while playing. It comes in a four octave range, and since it is chromatic, it does come with a slide on the side of it in order to reach these octave without bending the notes.

The loud, soulful blues require an instrument that can perform just as intensely. This extraordinary harmonica is one of a kind, hard to find, and one of the finest harmonicas available on the market today. It is sure to be the top choice for any collectors, performers, and harmonica enthusiasts.