Magic Dick And His Lickin’ Stick

Dick Salwitz is one of the most internationally renowned American harp players of the modern times (1). Taking the stage nickname “Magic Dick and his Lickin’ Stick” he lives up to the name by performing intricate harmonica solos and harmonies, rocking the stage every time (2). While many great leaders have paved the way for musicians like Magic Dick, Dick Salwitz continues to keep both tradition and innovation alive in his harmonica playing, respecting the road the got him here, but also creating a new path for himself and the future of harmonica playing.

In the hard-rocking 70’s music scene, Magic Dick became especially known for the distinctive element he added to the J. Geils Band. In fact, Dave Marsh, music critic of the Rolling Stone Record Guide, said that Magic Dick was possibly one of the greatest modern musicians to ever play blues harmonica. Particularly noted was his performance of “Whammer Jammer” on the J. Geils Band’s album Full House (3).

This video is a live performance of Magic Dick in 1979 is Essen, Germany on one of the bands European tours. His performance is a perfect mix of jazz and rock, and his harmonica playing is unlike any other musician, even to this day. The rest of the album includes harp playing to this degree, and the bands intricate music style. 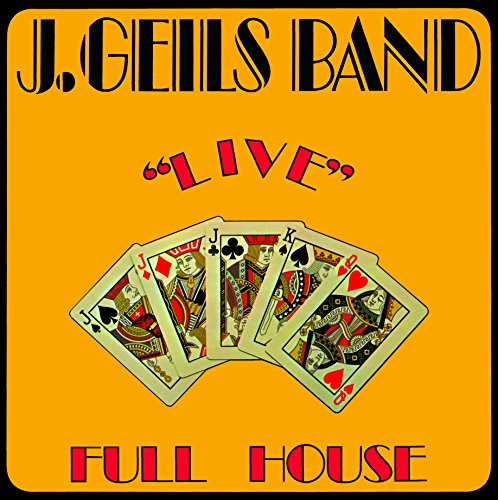 The Career of Dick Salwitz

Starting at the age of only 9 years old, Dick Salwitz picked up his first harmonica and quickly fell in love, but that was only the start to a very long and successful career in music. Salwitz was born in New London, Connecticut and attended Worcester Polytechnic Institute in nearby Worcester. There, he met two fellow musicians and life-long friends, John “J” Geils, and Danny Klein. Geils and Klein shared his passion for music, jazz, and rock, and in 1965, formed the J. Geils band.

The band moved to Boston where they eventually added Peter Wolf, Stephen Jo Bladd, and Seth Justman to the mix, and in 1970 the band recorded their first of nine albums together. They toured incessantly and developed a reputation for being wild on stage during performances, and could easily amp up any audience their Blues and Rock & Roll. Their aesthetic was hard rock, while keeping the roots of the blues scene alive and well in their music.

The band eventually parted ways, and in 1985 after a successful 20-year run together, dissolved the band. But that wasn’t quite the end of the road for Magic Dick. Dick Salwitz continued to master his art, and play the harmonica for fans everywhere. In 2016, he paired up with renowned vocalist and guitarist, Shun Ng, and together they produced the album “About Time.” 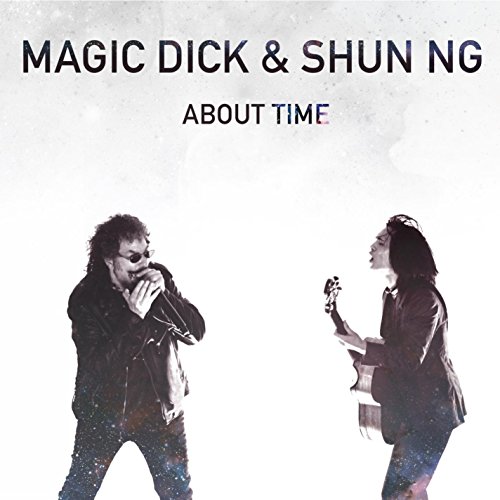 The album is snappy, offering the minimal acoustic sound but with a punchy soulful twist. The two together have created an incredible album of professional music making, and still have quite the careers ahead of them.

The two proved to be an unstoppable force as they toured nationally and worldwide, sharing their musical talents with the world. With a world class harmonocist and an award-winning vocalist and guitarist, their skills combined delivered some of the most inspiring, talented, and beautifully written music of our time. Their style holds onto the soulful blues but with an acoustic twist. With only the harmonica, guitar, and Shun Ng’s voice, their music style is something innovative, creative, and forward thinking.

With years of professional experience under his belt, Dick Salwitz spent his career experimenting with sound and searching for new styles for the harmonica. Salwitz had a strong desire to improve the flexibility and quality of the harmonica to fit into more of a contemporary music style for the modern age, while also retaining the cultural history and tradition of the harmonica. This development continues to this day, and Salwtiz continues to stretch and improve the harmonica. On the recordings of Bluestime on Rounder Records, you can hear the featured prototypes of the Magic Harmonica. Magic Dick’s desire to expand the role of the harp and change the way we play now and in the future is shared in a balanced partnership with co-inventor Pierre Beauregard. Together, they are working to release a revolutionized instrument that pushes the limits and changes the course of history for all future harmonicas.

Magic Dick had a fruitful career as a harp player. His career took him all over the world, and allowed him to play alongside many different famous harmonica players. Some of the greats he had the privilege of playing with were Muddy Waters, John Lee Hooker, Junior Wells and James Cotton, all of who pioneered the harmonica and integrated it into the intimate, soulful, blues music scene.

Majority of Magic Dick’s career was owed to the J. Geils Band. In 1992, Salwitz lead in the reformation of the band, rebranding them as Bluestime. Aside from performances and tours with Bluestime, Magic Dick as had the privilege of performing as a guest artist harmonica soloist for Full Circle, Patty Smyth, Debbi Harri, The Del Fuegos, Ryuici Sakamota, and many other professional artists and bands.

No one can play the harmonica quick like Magic Dick, and he has proven that his talent has and will last through the eras. With years of experience, passion, and harmonica playing, Dick Salwitz still tours today. Playing in local venues around the United States, doing interviews, and teaching harmonica, Salwitz continues to spread his love for the harmonica and the modern blues music scene.