Adam Gussow is an American blues harmonocist and modern day legend. As one of The world’s finest harmonica players, Gussow made a name for himself by being one of the first harmonocists on the scene to make overblows a part of his unique style of playing. Overblowing is a tricky and advanced maneuver very similar to bending to achieve altered pitches or notes (1). The achieve an overblow note, the standard note must be disturbed while the overtones of the notes dominate. Because this is such a complicated harmonica maneuver to master, it quickly brought Adam Gussow a well-deserved audience, awards, and recognition.

Adam Gussow, best known for his dedicated blues harmonica playing works to keep the culture of the harmonica alive in his playing while also stretching and exploring what this little instrument could do. Gussow is most noted for playing alongside legendary blues guitarist and vocalist, Sterling Magee, otherwise known by his stage name, “Mr. Satan”. The two proved to be an unstoppable force, breaking through racial and blues music barriers in the mid-80’s New York. From 1986 to 1991, the inseparable pair played for the streets of Harlem nearly every day for five years. The “street days” as they refer to them, shaped every part of who they were as people, as blues musicians, and as artists. What started out on the sidewalks quickly launched them into a beautiful career in music together.

From 1991 to 1998, Adam Gussow and Mr. Satan, taking the name ‘Satan and Adam’ toured internationally together, performing at music festivals all over the world. Some of their more notable national performances include playing at The King Biscuit Blues Festival, The Chicago Blues Festival, The Newport Jazz Festival, The Philadelphia Folk Festival, and many more.

This video shows a live performance from Satan and Adam at the Philadelphia Folk Festival in 1993. Together they play the original ‘Sunshine in the Shade’, which segments into Billy Preston’s “Will It Go Round in Circles.”

Satan and Adam released many albums together including Harlem Blues released in 1991 and Mother Mojo released in 1993, both of which were W.C. Handy nominated. Of their twenty-something years of performing together, they are still most recognized for their song ‘I Want You’ off their first ever album, Harlem Blues (1991).

In this audio video, Mr. Satan leads with his loud, raspy, club-style vocals and guitar, while Adam slaps on the harmonica. Together, the pair create a snappy, bright harmonica blues feel, keeping the original aesthetic of the blues genre more alive than ever before. It is evident in their chemistry and the way they perform together that this is what they love. Blues music is very evidently their passion and it comes out in the music that they perform together.

Another song they are most noted for is ‘Ride The Wind’, another song off their original album together, Harlem Blues (1991). This song still upholds the bright, snappy blues feel, but takes on more of an underground club style to it with raspy vocal spurts and soulful chords in harmony together.

In this audio video, you can hear Mr. Satan open with his intense vocals right off the bat with Gussows snappy harmonica playing right behind him. Together, the pair has created a unique, traditional blues sound that only comes around once in a generation.

In addition to their music, Adam Gussow has also written a handful of books about his experience as a blues musician and his career journey alongside Mr. Satan. Most noted for his book Beyond the Crossroads: The Devil and the Blues Tradition, he dives into the culture and history of the blues music scene and how it shaped the music we have today. 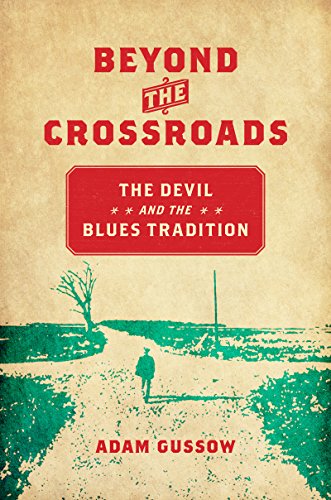 The books is set up with one main character in mind, the devil. A prominent character in Blues music, and often found in original lyrics of blues musicians. Going over 125 recordings from the last 90 years of blues music making, Gussow explores the culture and history of black southern blues artists and their relationship to this heart-breaking character and where it has lead us today. Gussow fights to remember our roots and why we play blues music today.

In another one of Gussow’s written works, ‘Mister Satan’s Apprentice’, is the history of the collaboration of Adam Gussow and Sterling “Mr. Satan” Magee. This books twists through the intricate history of the two musicians and how they came to find each other through their music. 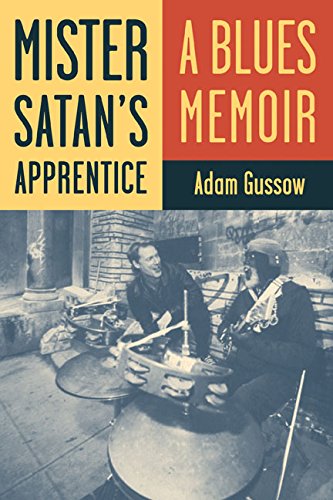 This book takes a deeper dive into the relationship between Gussow and Magee and where their music eventually lead them. In addition to this book, is documentary titled Satan & Adam (2019) available on Netflix and iTunes to watch. The documentary and book go hand in hand as they take us through the weaved background of the two artists and unstoppable pair.

This documentary trailer gives us a glimpse of the unique relationship between Satan and Adam and their fight against racism and their love for blues music. Together, they accomplish more than just incredible music. They found friendship, success, passion, and decades of award-winning, trail-blazing blues music.

Adam Gussow exclusively plays Hohner harmonicas, and is even an official endorser for the dominating brand. Gussow has chosen to play the Hohner Marine Band harmonica for over 40 years now. It is one of the few instances where a professional to his degree still chooses to play the same harmonica type and brand that he started out with. But if you’ve ever had the luxury of playing one of these beautifully crafted and designed harmonicas, you can see why professional players are drawn to it. 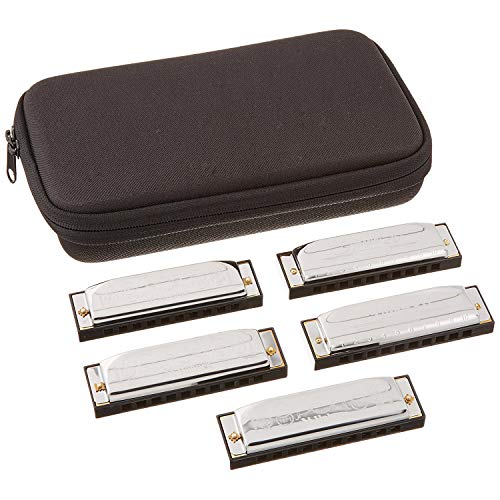 These harmonicas create a bright, clear sound, strong tones, and can easily be bended or overblown. Noted for their traditional design and model, these harmonicas prove to be timeless in their aesthetic and their quality. That is why professionals like Adam Gussow will always be drawn to the Hohner Marine Band harmonicas.

As a professional harmonica player and passionate teacher, Gussow works to bring the harmonica to everyone making it fun and easy to learn. Aside from teaching English and Southern studies with a specialty in Blues literature and culture at the University of Mississippi, Gussow also takes his teaching to the online platform.

In his YouTube teaching series, Gussow takes you from beginner basics to advanced maneuvers including his signature overblowing technique to achieve other notes on the harmonica. Gussow continues to spread his love for music and the harmonica to everyone, and even still tours today.