James Cotton is another renowned harmonica musician, and a huge influential staple in the blues and jazz music scene in the early 50’s and 60’s. Singer, songwriter, and brilliant harmonocists, James Henry Cotton recorded alongside many famous musicians of that time and even his own band, making his mark early in the music scene. He received his first harmonica for Christmas one year and him and the little instrument have been inseparable since then. He was a young, dedicated listener of Sonny Boy Williamson’s show King Biscuit Time and practiced playing along to the tunes of the show. What he realized quickly, however, from listening to the legendary Williamson, was that not only did the harmonica blow these strong, powerful notes, but it also did more. Cotton was soon able to play along with Williamson’s harmonica intro to the King Biscuit Time show, and even took the little instrument to new heights.

There are many great classics in the library of James Cotton that have etched a deep mark into the hearts of any jazz and blues music enthusiast. While majority of his early career was spent playing on the streets and outside jazz clubs he was too young to get in to, he also had the privilege to play for much larger audiences as he advanced his career. He was even invited to play at the induction ceremony of Little Walter into the Rock & Roll Hall of Fame in 2008. A few of the songs he was most noted for are ‘Play With Your Poodle’, ‘Dealin’ With the Devil’, and ‘Down Home Blues’

This song features the very bright tones and loud snaps from the harmonica. James Cotton coined this low raspy singing style, working into the blues music genre. He has very witty and upbeat lyrics that drew in his audience. Majority of his music style includes this infectious upbeat harmonica playing along with personal, up close music lyrics about his life. This song, for example, takes a closer look at the life of James Cotton while still keeping up with the bright tones of the harmonica. James Cotton was the youngest of eight brothers and sisters, and grew up on a plantation picking cotton alongside his siblings and parents. While we don’t know much about his life here, we do know it shaped a lot of his music.

The Career of James Cotton

James Henry Cotton had a fantastic and wildly successful career as a blues harmonica player, but it didn’t always start out that way. Growing up listening to the King Biscuit Time show, he had a deep admiration for Sonny Boy Williamson, who was blazing the path for young players like Cotton. Sonny Boy didn’t play far from where Cotton was, so Cotton would travel across the Mississippi river and would play outside of clubs and juke joints since he was too young to get in. Many nights, he would play outside the clubs Williamson would play in, and would make more money outside in tips than Williamson would inside playing the actual gig. Sonny Boy Williamson, however, soon took Cotton under his wing and they played harmonica side by side for small audiences.

In 1967 Cotton started the James Cotton Blues Band, which specialized in their own take on the blues and R&B music scene. They soon became widely known as they continued to produce album after album during their peak in the 50’s and 60’s. In 1996, James Cotton was finally awarded the much deserved Grammy for Best Traditional Blues album for his album Deep in the Blues. 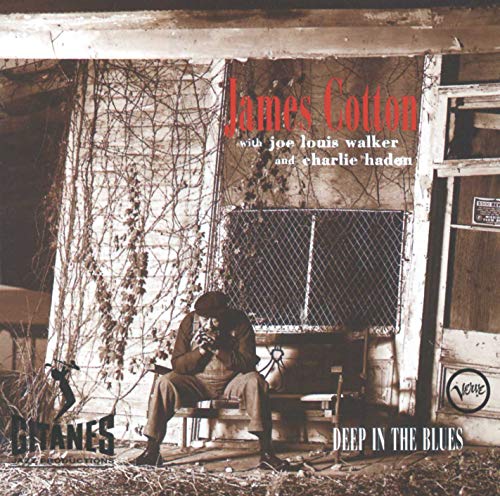 This album, in fact, is still available for purchase through Amazon. It features all of his songs from the Grammy nominated album. This album is the best way to enjoy James Cottons low, raspy, soulful voice and sprightly harmonica playing skills.

James Cotton lived through a rich career, a lifetime of awards, and ultimately made a name for himself during the rise of the blues music scene. He continued to tour even through difficult financial and health circumstances, and eventually passed away in 2017 at the age of 81.

James Cotton exclusively stuck to the tried and true Seydel 1847 harmonicas throughout his entire career. This harmonica is a classic 10-hole Diatonic harmonica, making it easy to bend notes and achieve different styles of harmonica playing. These beautiful stainless steel, hand-crafted harmonicas have worked to keep the culture and traditional alive in their instruments through simple, durable materials, and a minimal but elegant design. 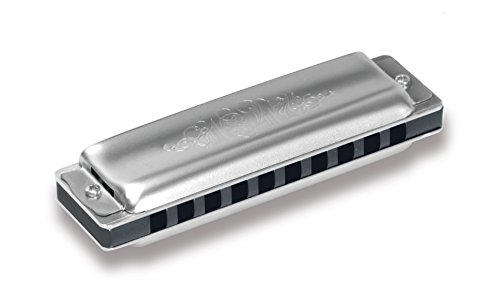 It’s rounded, making it easy to hold and play, and is resistant to moisture damage to extend its overall lifespan. This little harmonica is the crown jewel of the 1847 Seydel collection, which is why James Cotton chose to play it for some many years.

James Cotton had the privilege of playing alongside many great artists of that time during his career. He featured in five songs with Muddy Waters including ‘Muddy Waters Sings “Big Bill”’ in 1960, ‘At Newport 1960’ in 1960, and ‘Can’t Get No Grindin’’ in 1973. He also had the privilege of playing alongside Otis Spann on two songs, ‘The Blues Never Die”’ in 1965 and ‘Otis Spann’s Chicago Blues’ in 1966. Over the course of his career from 1965 to 2013, James Cotton recorded 29 albums, a large library of hit classics that will go down through time.

Among one of the best-known American harmonica players, James Cotton paved the way for young harmonica players in the same way Sonny Boy Williamson paved the way for him. He encouraged people to play with the harmonics, bring it to new heights, and to even change the way we play all while keeping the culture and tradition alive. It is because of James Cotton we have such an extensive collection of music, and he will always be the ideal musician new harmonica and blues players will always look up to.